HOW CHINA IS REDISTRIBUTING WEALTH AND BUILD A FAIRER SOCIETY 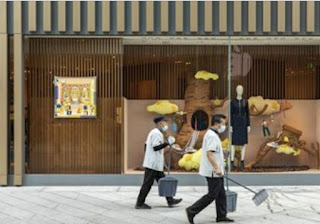 How China’s ‘Common Prosperity’ Drive Is Redistributing The Wealth

China’s Communist Party has decided it’s time to redistribute the wealth and build a fairer society. As the number of billionaires — and their bank accounts — ballooned in recent decades so did the inequality gap. Now, Xi Jinping wants things to change, and the socialist buzzword is “common prosperity.”

Among the aims of common prosperity are raising the income of urban and rural residents, reducing the wealth gap and promoting equal access to services, officials have said.

Entire sectors have been ordered to change the way they do business. The once hugely lucrative after-school education industry was decimated overnight by a regulatory decision to ban for-profit tutoring and big tech was hammered by a wide-ranging anti-monopoly crackdown. Then came celebrities who evade taxes, food delivery giants who hire workers without full contracts and video-gaming giants who let youngsters play on their platforms. It seems nowhere is safe from scrutiny. The question is, where will the ax fall next?