How Reese Witherspoon Has Become The World's Richest Actress 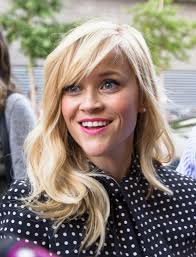 Reese Witherspoon’s decision to bet on herself and women-led stories is paying off richly: The actress is now worth $400 million, Forbes estimates, following Monday morning’s news that a Blackstone-backed media company is purchasing a majority stake in her production company Hello Sunshine.

The deal values Witherspoon’s Hello Sunshine, which was founded in 2016 to tell women-driven stories, at $900 million, thanks to its track record of hits like Big Little Lies, The Morning Show and Little Fires Everywhere, and a promising pipeline of adaptations of popular books. The new media firm, which will be run by former Disney execs Kevin Mayer and Tom Staggs, bought out existing investors in Hello Sunshine, including AT&T and Laurene Powell Jobs’ Emerson Collective, as well as a piece of Witherspoon’s stake.

Witherspoon will retain an ownership stake of at least 18% and will collect an estimated $120 million, after taxes, from the sale of about half of her preexisting roughly 40% stake in the company. The rest of her fortune  is tied to her (after tax) earnings from her 30-year-long career as a successful actress and producer. Witherspoon is one of Hollywood’s most bankable stars, and can command sky-high pay. She earns at least $1 million an episode for her television work—she’s getting $1.2 million per episode for producing and starring in Apple TV+’s The Morning Show, according to industry insiders—and millions more for film roles. She’s a popular endorser, earning top-dollar for her work in commercials for companies like Crate & Barrel.

Prior to the #MeToo movement and widespread calls for gender equity in show business, Witherspoon was frustrated by the roles offered to her and the dearth of women-led stories in Hollywood. In 2012, she founded Pacific Standard, which produced the films Wild and Gone Girl. In 2016, her production efforts morphed into Hello Sunshine. The company has a number of projects in development, including the forthcoming Netflix series From Scratch, starring Zoe Saldana, and Apple TV+’s The Last Thing He Told Me, starring Julia Roberts. On the film side, Hello Sunshine is adapting the best-selling novel Where the Crawdads Sing.

Witherspoon has expanded her media empire to include Reese’s Book Club, a natural move given the fact that a number of her projects are adaptations of female-penned novels. The club has 2.1 million followers, and 42 out of its 50 picks have made their way onto the New York Times Best Sellers list—meaning the future film and television versions have a built-in audience.

“I started this company to change the way all women are seen in media,” Witherspoon said in a statement.

Hello Sunshine will serve as the cornerstone of the new media company created by Mayer and Staggs. The pair have been on the hunt for assets. With the dawning of the streaming era, the executives saw a chance to capitalize on Hollywood’s nearly insatiable demand for recognizable entertainment franchises and projects featuring top talent.

This hunger for marquee entertainment brands that can stand out in an increasingly cluttered streaming landscape is what fueled Amazon’s $8.45 billion bid to acquire MGM, home of James Bond, Robocop and Rambo; and smaller but notable transactions like Universal Pictures’ $400 million-plus deal to create a new movie trilogy based on the classic Exorcist horror franchise.

Mayer and Staggs saw an opportunity in Witherspoon’s Hello Sunshine, whose major stakeholder, AT&T, is looking to exit the entertainment business. The telecommunications giant announced plans in May to spin off WarnerMedia and merge it with Discovery, a transaction that followed its earlier sale of DirecTV to a private equity firm.

AT&T seized upon a transaction that would afford an easy exit, and Witherspoon was interested in a deal that would provide cash to fuel Hello Sunshine’s continued growth. An agreement was struck quickly over the summer.

“Hello Sunshine is a perfect fit for our vision of a new, next-generation entertainment, technology and content company,” said Staggs and Mayer in a statement. “We seek to empower creators with innovation, capital and scale to inspire, entertain and delight global audiences.”

Witherspoon will join the new media company’s board, along with Hello Sunshine CEO Sarah Harden. They will continue to oversee day-to-day operations of the company.