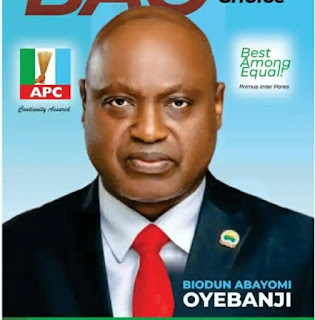 INEC's Returning Officer, Prof Kayode Adebowale  announced the results in Ado Ekiti, the state capital. He said Mr Biodun Oyebanji, having scored the highest number of votes and won more than two-third of the election in 16 Local Government, is hereby declared winner.