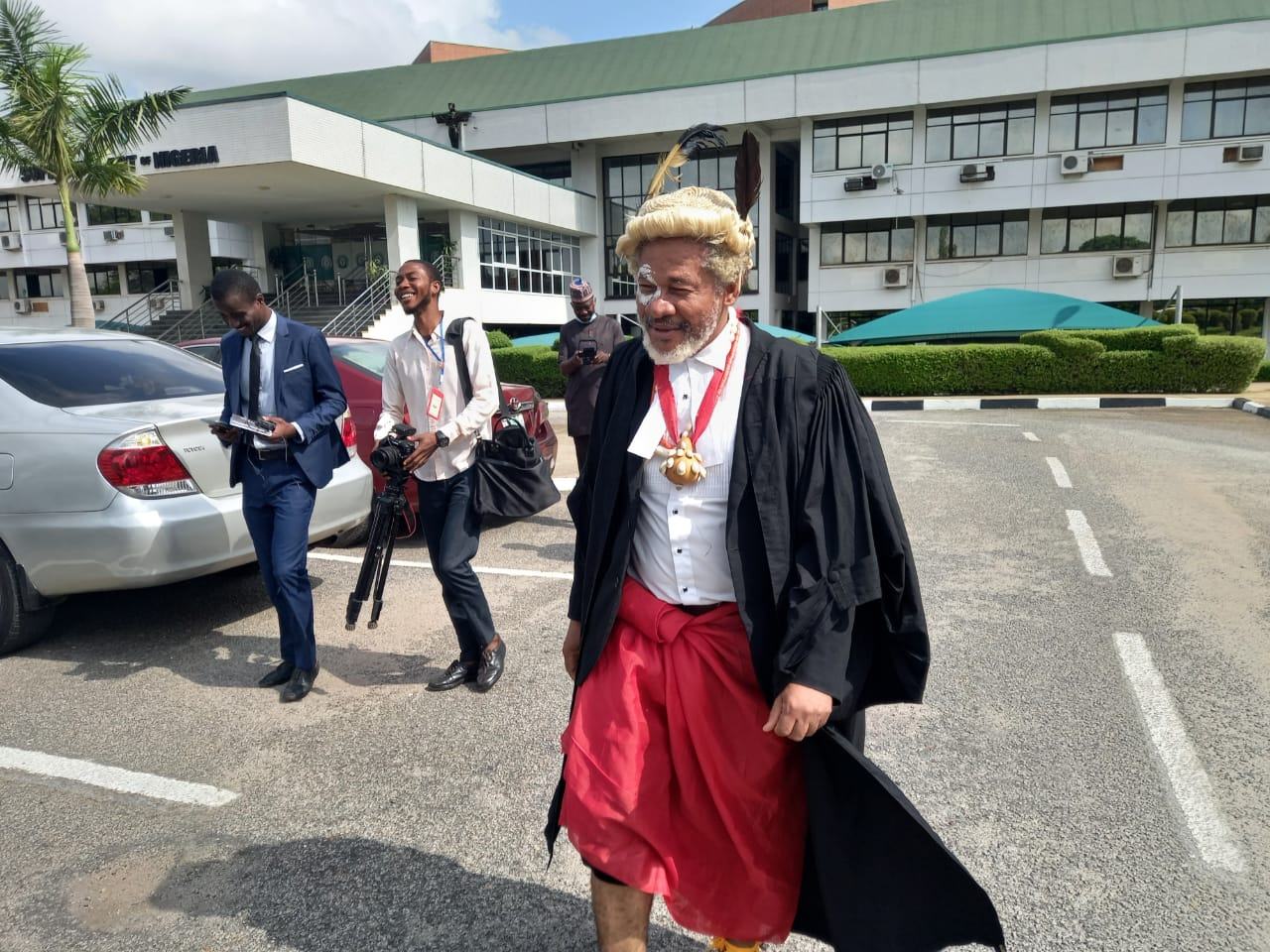 Justice Tijani Ringim of a Federal High Court in Lagos on Monday refused to hear two cases of a human right lawyer, Malcolm Omihrhobo, who adorned himself in a lawyer’s gown with ‘native doctor’ attire to court.

The lawyer also appeared bare footed with cowries tied on his two legs. His wig had two long feathers, with cowries in his two hands and tied a red wrapper, while he wore his lawyer’s gown on it.

The human right lawyer, who appeared before Justice Ringim, was greeted with resistance by some lawyers who disagreed with his appearance before the court in such dressing; arguing that he could not be heard as he was not properly dressed as a lawyer before the court.

Omihrhobo, who had on Thursday caused a stir at the Supreme Court in Abuja for appearing in court the same way, said it would be a violation of his right if he was not heard; noting that the rules could not be above the nation’s constitution.He said, “My Lord, the rules cannot supersede the Constitution of the Federal Republic of Nigeria.”

Upon his argument, Justice Ringim, however directed Omihirhobo to address the court on why he should be heard the way he was dressed on the next adjourned date in a suit delineated to FHC/L/CS/929/2022; (Chief Malcolm Omihrhobo) sued the Federal Government of Nigeria and others.

The same happened in his second suit marked FHC/L/CS/1392/2021 against the Nigeria Army and two others before the same court.

The court ordered that the address must not be more than five pages with the authorities, and must be filed before the adjourned date.

When his case was called, he announced his appearance as the applicant and some lawyers, Abdullah Dania, Mohammed Adamu and one Festus Afeyodion, told court that he should not be heard as he was not properly robbed.

Dania said, “I am a lawyer, my Lord can imagine the way my learned friend appears before the court as a professional. The rules that govern us as a lawyer do not allow improper dressing.”

Adamu told the court that he would like to furnish the court with his written submission in line with the direction of the court.

Consequently, the judge adjourned to October 10, 2022.