A human rights lawyer, Malcolm Omoirhobo, on Thursday, caused a stir at the Supreme Court for wearing an African traditional worshippers’ attire to the court’s proceedings.

Omoirhobo stated that he wore the clothing to court to exercise his fundamental human rights following a recent judgment by the Supreme Court which permits all Nigerians to express their way of worship and the use of hijab in schools and public places.

The Media had reported that the Supreme Court had, on Friday, June 17, 2022, granted the use of hijab by female Muslim students in government-owned schools in Lagos.

The lawyer, who was barefooted with feathers attached to his wig, was said to have arrived at the court at about 9:05 am.

He also wore a gourd with cowries around his neck and a red wrapper tied around his waist.

Addressing journalists at the court, Omoirhobo expressed his gratitude to the Supreme Court for its decision on Section 38 of the 1999 Constitution (as amended), which allows for the freedom of expression of religious beliefs.

That we are free to express our way of worship in our schools and in our courts. That decision was reached on Friday and that has encouraged me.

“Because I am a traditionalist and this is the way I worship. Based on the decision of the Supreme Court this is how I will be dressing henceforth in court because I am a strong adherent to ‘Olokun’, the god of rivers.”

Omoirhobo added that the judgement implied that every Nigerian, no matter their profession could express their religious beliefs with their mode of dressing. 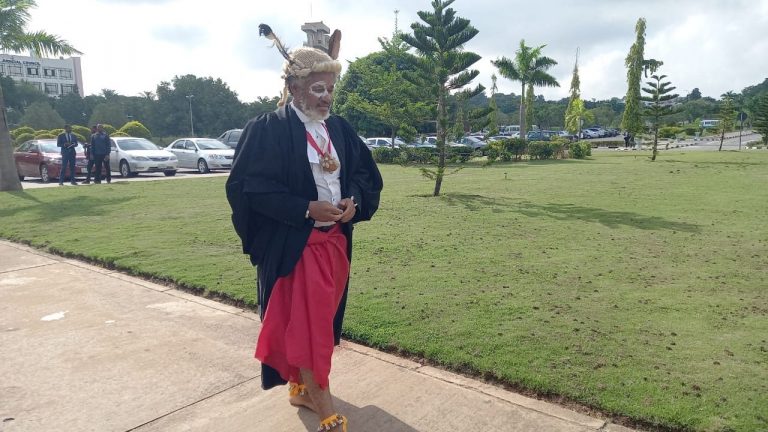 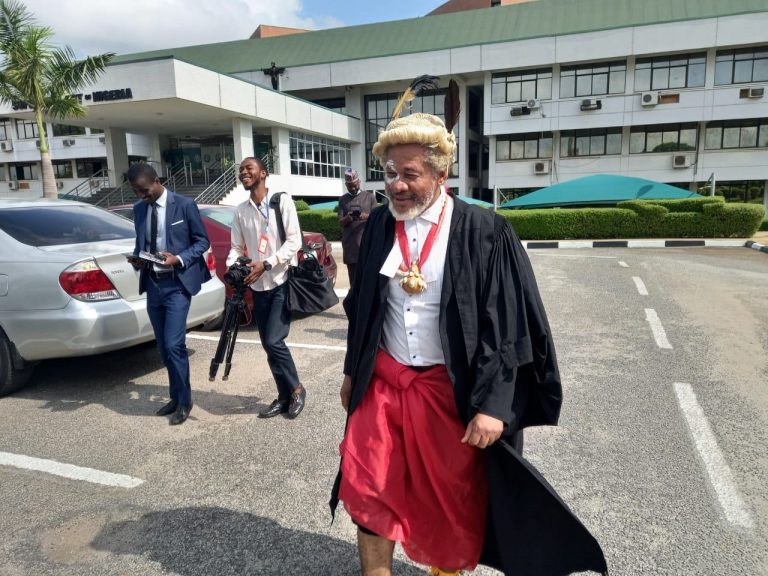 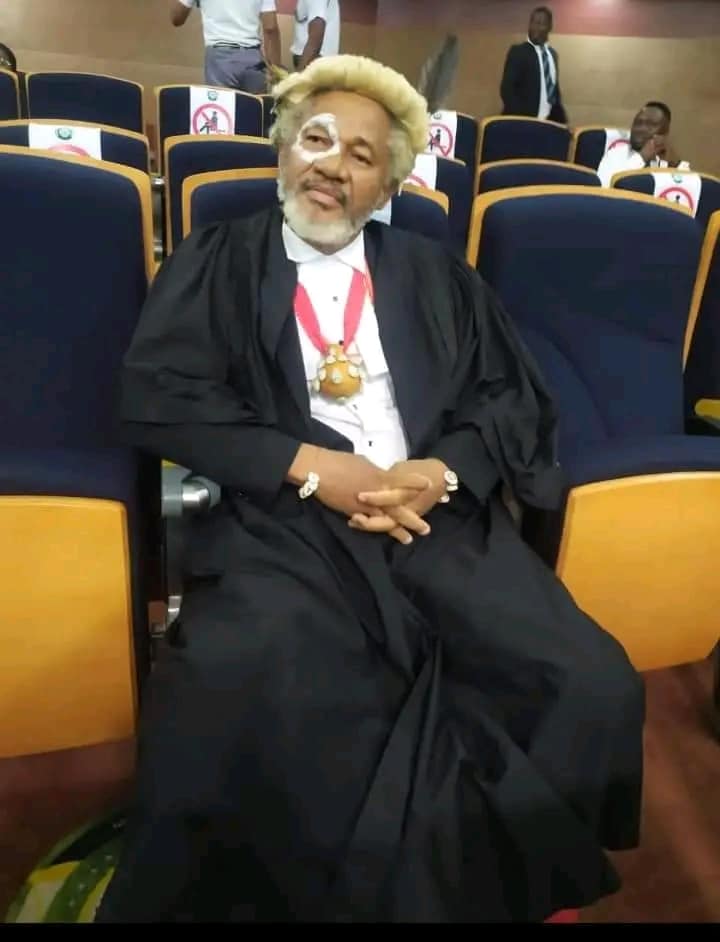