SEGUN ONI: I WILL CHALLENGE OYEBANJI'S VICTORY IN COURT

I will challenge Oyebanji's victory in court - Segun Oni 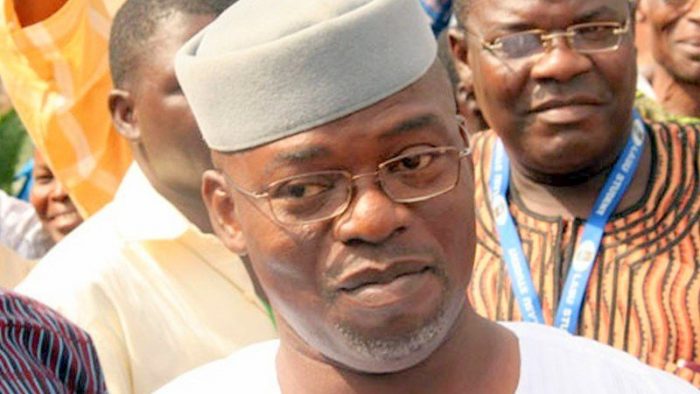 Chief Segun Oni, the governorship candidate of the Social Democratic Party (SDP), has rejected the results of Saturday’s governorship election, saying the outcome will be challenged at the tribunal.

The SDP candidate said that the results, as declared by INEC, did not reflect the true decision of the people, lamenting that the process was allegedly marred by financial inducement.

Oni made this known on Sunday in Ado-Ekiti, through Mr. Owoseni Ajayi, his state collation agent.

While speaking with newsmen on the outcome of the election, Ajayi, who said he refused to sign the election results said; ” We are rejecting the results because the election was characterized by violence and intimidation of voters.

“As a result, we will definitely challenge outcomes of these results in the court of law for posterity and generations coming to know that when conducting elections, you must follow the rules and procedures.”

She said that the victory of Mr. Biodun Oyebanji in the just concluded election was “tainted with vote-buying and corruption”.

Elebute-Halle, in a statement signed on her behalf by Mr. Femi Eponlolaye, the State Chairman of the party in Ado-Ekiti, condemned the snatching of ballot boxes, vote-buying and harassment of her party members.

According to her, political thugs and members of a party in Ado-Ekiti, Oye-Ekiti, Ikole-Ekiti, and Ilasa-Ekiti, among other areas, attacked supporters of her party.

The victory of Mr. Biodun Oyebanji in the just concluded governorship election ordinarily would have been accepted by me, if the election had not been fraught by electoral malpractices.

“In spite of various sensitisation programmes and media publicity against vote-buying, the APC, PDP, and SDP actually promoted and encouraged corruption, both at the grassroots and the state levels.

“Though the Independent National Electoral Commission (INEC) has pronounced Oyebanji as the winner of this election, I, Kemi Elebute-Halle, hereby reject the results of this election.

“It was not credible, neither was it free nor fair. His APC thugs destabilised my strongholds across the state, attacked our members, snatched and destroyed our ballot boxes.

“All those votes, including those obtained by PDP, will be canceled at the tribunal.

“I want to use this medium to urge my followers not to be discouraged about the outcome of the election.

“We shall continue to promote our great party, the ADP,” she said.

Elebute-Halle, however, urged the international observers, the security agencies, and INEC to continue to sensitise Ekiti electorate against vote-buying that has eaten deep into the electoral process.