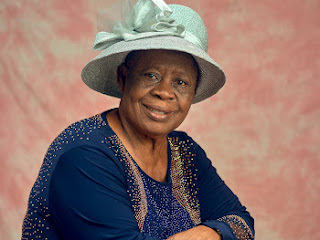 A day in the year stands out for various persons and reasons. Happenstances, such as good, not so good, occur daily in the life of man and many are etched in the memory for ones entire lifetime. Children are born every minute across the globe. Many die at birth, many more at infancy, some others in their teenage years and yet numerous peg out without attaining anything worthwhile. 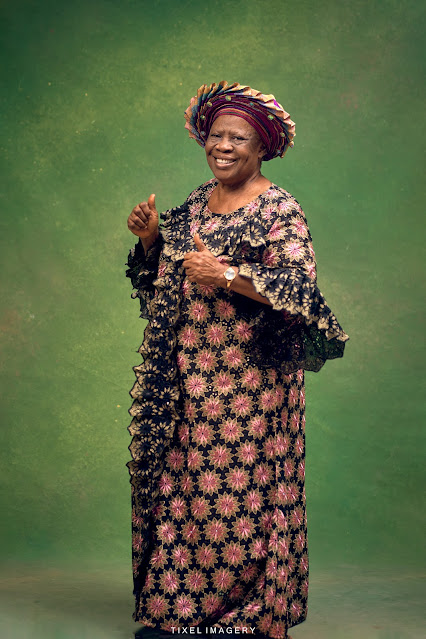 Birthday means so much in the life of a state, country and most importantly an individual. The day's significance cannot be tainted, altered or replaced with another. Though, some individuals go out of their way to manipulate the year, that date remains sacrosanct. In our country, where life expectancy is 54 according 2019 World Bank report, for anyone to have grown to 50, 60, 70 and thence to 80, it must have been an herculean task and unusual grace. Aside the number of years, it's even sweeter when the celebrant has been given the grace to have virtually everything desireable in the life of an individual. Many hurdles must have been crossed, many battles must have been fought and won. Birthday should be celebrated to thank God for His favours, no more, no less.

For Prophetess Abigail Adelola, marking 80 years is symbolic in that God has seen her through encounters too numerous to recount. The peregrination has been an admixture of good and bad, bitter and sweet. But then, as the elders used to say, the sunshine had outweighed and submerged the gloom. 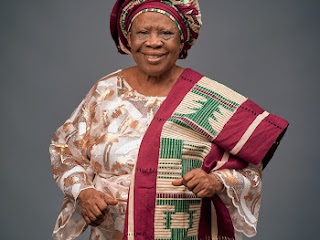 She was born and raised at a polygamous family of a well-to-do fervent Christian, the babaijo of CAC, Oke Isegun, Alagba Oluwatuyi, who later became the Prime Minister of Akure, the Olisa.

Death scuttled her father's plan to give her the best of education. The Chief left her beloved daughter at 13. That was the beginning of a tough, turbulent and marathon journey to womanhood. That was the end of adolescence for her.

As the practice was then, out of all her father's possessions, such as farmlands and houses, almost nothing was given to the teenager following the man's demise.

She had to struggle to survive and make ends meet.

If there was any lesson she learnt from her late father, it was unflinching faith in the ability of the Lord, Jesus Christ to solve any, every problem. By the time she clocked 17 years of age, young suitors had started calling and seeking the hand of the stunning beauty in marriage.

In order to avoid marrying the wrong man, she took the matter to God for direction. According to her, out of the over ten suitors, the name of a Primary School teacher, Mr. Joseph Fayape, who happened to be the most colour less of the lot, was chosen for her. All the prophets consulted prophesied, 'he is the best for you. His ministry in future will enhance yours. We see him holding a Bible."

As an obedient daughter, he married his heartthrob. What a beginning they had!  Rough, tough, daunting, uninspiring, through all these she stuck to her chosen man. When she had her first daughter, a relative of hers visited the duo to celebrate with them. Seeing the squalor and deplorable condition of their one room apartment, she asked, "for how long will you endure this hopeless life? There is no hope for you with this man."

She has been the pillar of support on which his husband and the family rest upon. Spiritually and physically, she has proven her reliability. Her prayer life is better imagined than spoken. The days she fasted in her younger years surpassed the ones in which she ate. Mama said Jesus had sustained and upheld the duo from day one. Through dreams, visions and voice of the Lord, many unprepared for calamities had been averted. She has lost count of the number of deliverances and miracles God had used her to do. Patriarch of the family, Apostle Joseph Adelola said none of her prophecies to him had failed since 1968.

As usual of our people, some members of the husband's family did not take kindly to the close-knit and impenetrable relationship. Despite their hostility, the Prophetess ensured that her husband rendered assistance whenever the need arose. This woman is the rallying point of her siblings.

Her passion for work is indescribable. She has hawked rice in this town to sustain her family. Prophet Abigail Adelola is a tailor. She once had a bakery, where bread was being produced and sold in Akure here. At a point, she was into garri processing and production. In the midst of all these, she was also into buying and selling of clothes. As at today, even at a ripe age of 80, mama rears animals. Last year, she told me, "the only means of making money I know is working with my hand. I don't know any other means. So, I have to work."

Do not be deceived that she is ageing. Agreed that she has advanced in age, but her memory has not. Her retentive memory is incredible. When mama starts recounting the events that took place about fifty, sixty years ago, you would marvel. She has details of everything on her fingertips. When Apostle was to be ordained last year, I was conducting an interview with baba in her presence. It got to a stage that Apostle started asking her details of their early movements from one locality to another as a school teacher and Pastor in CAC through Bolorunduro, Ife, Ilesa, Ilara, Owo and Akure. Baba now remarked, "how do you manage to recollect these events as if they happened yesterday."

I had been seeing her at a distance for sometime but I never imagined her love for God's work and physical strength. During church services, this mama would dance  like a teenager. To me, it was unusual. That was a child's play when compared to what she does during the quarterly Women's Prayer Programme. This is when her physicality comes to the fore in full. Though fasting, she would dance, run and jump during praise worship.

When her offsprings, who are now  matured and married, were in their formative years, this mama did not allow her love for the kids create a gulf with her husband. Though caring even to a fault, she would join the husband in spanking any errant child among the lot. Any of the children, who confided a wrongdoing in her, was mistaken. Before the next morning, she would have divulged the purported "secret" to her husband.

Listening to her analyse issues and brainstorm ideas, you cannot but marvel at her ingenuity. What she lacks in  certification, she possesses much more in intelligence and ability to sift the grain from the chaff on business ideas. As I wrote above, all that she and her husband have become and possess today, were from her divine-influenced prompting and push.

Let me cite one or two examples. When Apostle was a grade 11 teacher in the late 60s, mama said, "it is time you go to the university to further you education. Baba retorted, "you like saying, do this, do that. We are here barely managing to eat and you are saying I should go to the university. Where are we going to get the funds to pay school fees?" Eventually, baba succumbed and got the form. He paid for only the first year. The remaining years were funded by the government.

A few years after he had been returned as Principal of Adu Memorial Grammar School,

the Prophetess called her husband aside and said, "God says you should go and start a private school." Apostle thundered again, "there you go again. Where is the money? Where are we going to get the land to build it? Do you think starting a school is a piece of cake?"

In all, her 80 years on earth have been colourful, meaningful and impactful. From her own family members, to her immediate family, the church and numerous others, who have been blessed through her, there is every reason to join her in celebrating this day, her own day that heaven blessed the world with this extra-ordinary gem of a woman.

Happy birthday, the Iya Adura of St. Daniel's All Christian Assembly, a.k.a Oluwatosimile, Prophetess Abigail Ibilola Adelola. Aseyi samodun. May God spare your life to bless this generation the more in Jesus name.