HAALAND IS UNHAPPY WITH DORTMUND OVER PRESSURE

nHaalad unhappy about pressure from Dortmund to reveal his plans 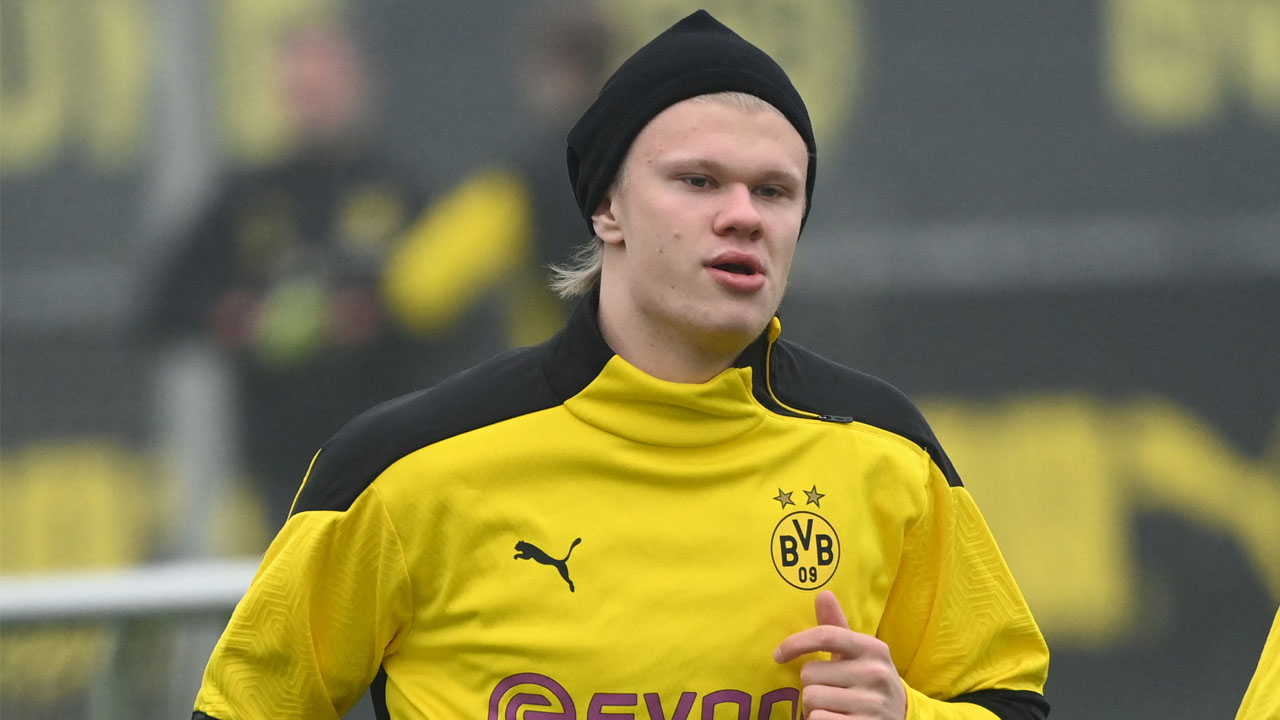 Tension is simmering between Erling Haaland and Borussia Dortmund with the star striker accusing his Bundesliga club of putting pressure on him to make a decision regarding his future.

The 21-year-old has a Dortmund contract until 2024, but a release clause could see the Norwegian leave at the end of this season for around 80 million euros ($91 million).

“The last six months, I’ve chosen not to say anything out of respect for Dortmund, but now the club has started to press me,” Haaland told Norwegian broadcaster Viaplay after scoring twice in Friday’s 5-1 win over Freiburg.

Haaland is reluctant to settle his future with Dortmund now facing important games in quick succession.

“All I want to do is play football, but I can’t do that now,” added a clearly irritated Haaland.

For weeks, his agent Mino Raiola has been dropping hints that top clubs like Real Madrid and Manchester City are chasing Haaland’s signature.

Dortmund have made it clear they want to know where they stand and club CEO Hans-Joachim Watzke is surprised by Haaland’s outburst.

“We are not putting Erling under pressure at all,” Watkze told the Funke media group.

“There are currently neither talks nor dates confirmed to talk, that’s why I can’t understand that.”

Watzke says the club “can’t wait until May” when the season ends “and Haaland will realise that. As a professional, he has to understand that you talk about the future at some point.

“Erling is a spontaneous person and still a young lad. He’s allowed to do that, it’s not a problem,” Watzke added and stressed he has “a top relationship” with Haaland.

However, the Dortmund boss feels that Haaland should have “a little understanding for our situation”.