NIGERIA IS NO 8 IN COUNTRIES WHERE MASS KILLINGS TAKE PLACE

Other countries above Nigeria in the ranking obtained on Thursday, are Pakistan, India, Yemen, Afghanistan, Democratic Republic of Congo, Guinea, and Ethiopia.

The Early Warning Project is a joint initiative of the Simon-Skjodt Center for the Prevention of Genocide at the United States Holocaust Memorial Museum and the Dickey Center for International Understanding at Dartmouth College.

The report also predicted that there would be fresh mass killings in Nigeria in 2022.

“The length of the bar indicates the estimated risk. We consider countries ranked in the top 30 to be at high risk. Some countries near the bottom of the list appear to have no data; this indicates that their estimates are virtually indistinguishable from o.

“In these cases, the model is forecasting a new mass killing with a different target group or perpetrator, in addition to the ongoing mass killing.

“Our statistical model estimates that there is a 7.1%, or approximately 1 in 14, chance of a new mass killing beginning in Nigeria in 2021 or 2022. Nigeria ranks 8th highest-risk among 162 countries,” part of the report read. 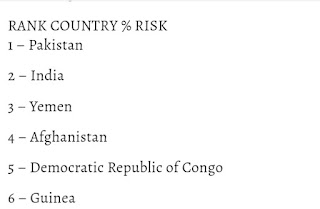 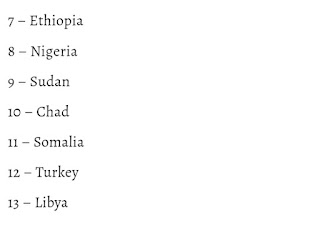 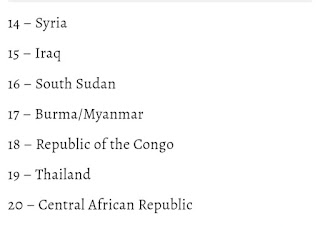 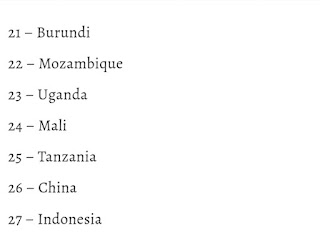