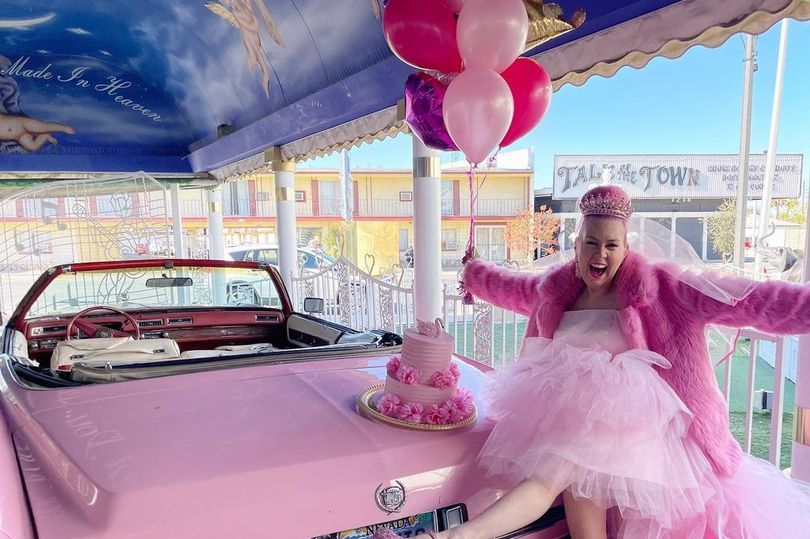 Kitten Kay Sera, a California woman, has made history as the first person to marry a colour after she married the colour pink in a Las Vegas wedding.

Sera had held a wedding ceremony to tie the knot with the colour in Las Vegas on New Year’s Day, January 1, 2022.

She revealed that she decided to make things serious after being in a “relationship” with the colour pink for more than 40 years.

“I actually have a giant pink swatch, like a pink paint swatch, so the colours are like my favourite,” Sera said. “They’re all listed, and I’ll be holding my pink swatch.”

Sera noted that she’s been wearing pink since 1980.

“I’ve had my relationship with the colour pink for 40 years.”

The idea to marry the colour had come two years ago when a kid skateboarding joked at her for wearing the bright shade.

The idea to marry the colour had come two years ago when a kid skateboarding joked at her for wearing the bright shade. 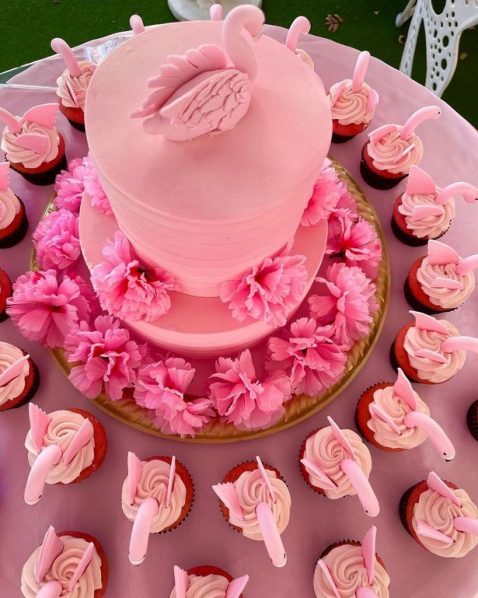 While the idea of marrying a color sounds crazy, Sera noted that she encourages everyone to do what they love while they still can.

“Have fun with it. Have a ball. You’re only here for a little bit of time. Have a blast,” Sera said.

The pink wedding happened at A Little White Wedding Chapel. Sera wore a big pink gown, fluffy pink coat, pink hair and a dazzling pink tiara. Her jewellery and even her lipstick were also pink, while guests were asked to wear pink.

She walked down the aisle with a giant swatch of pink. The swatch featured five different shades of the colour, which she says are her favourite.

Pink flowers were laid on the floor as she walked down the aisle; she said, “I think people have companions, but I have a colour!”

Reading out her vows, Sera sat in the back of an open-top pink convertible, holding a large bouquet of flowers.