WHY INTERMITTENT FASTING IS THE WAY TO GO

INTERMITTENT FASTING? HERE ARE REASONS TO JUMP IN 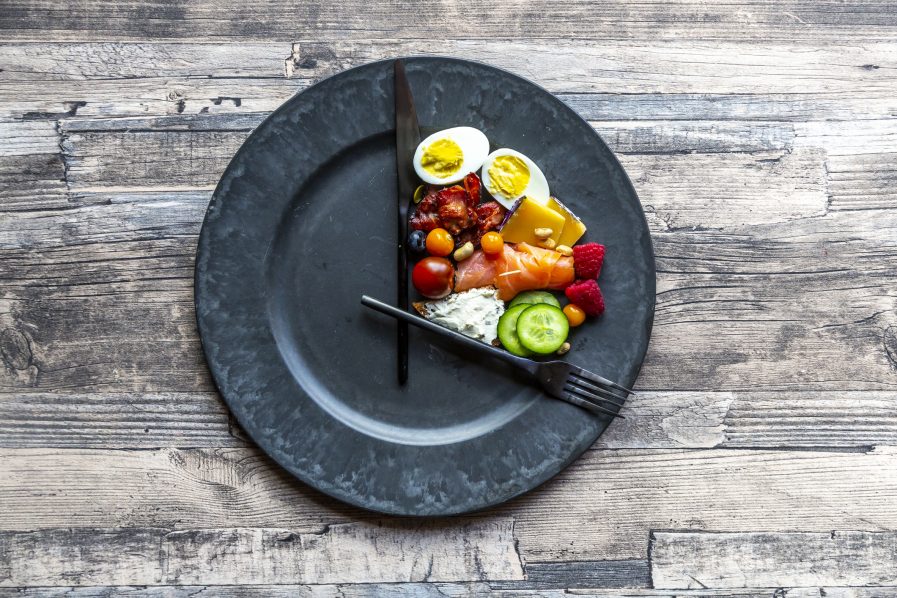 Intermittent fasting is a health trend that is championed by celebrities, CEOs, and health enthusiasts alike.

It is a type of fasting that many would not quickly subscribe to. I would not blame anyone because it is a method of fast that is gruesome in its needs and practices.

However, for its weight loss and health benefits, you would want to have a rethink about running away from intermittent fasting.  There is promising and sufficient evidence that fasting can help our bodies repair and perhaps extend our lifespans. Though it appears not to be the safe or best approach for losing weight, dietitians urge caution before cutting out meals.

Intermittent fasting is a type of fasting that is time-restricted. This restricted diet involves fasters/dieters leaving a long gap between their last meal of one day and the first of the next. In this way, they compress their meals into shorter times in the day. The recommended timeline for this type of fast is to leave a gap of 16 hours without food and then eat during an eight-hour window.

Intermittent fasting is not the only type of time-restricted diet but others like the 5:2 diet. This type of fasting means that dieters will eat a normal amount of food for five days and in two days eat only 25% of their usual calorie intake.

According to Rachel Clarkson, the founder of London-based consultancy The DNA Dietitian she says that  “Time-restricted feeding is used as a weight-loss tool, but it’s not my favourite approach, you reduce calories but you don’t learn the essential behaviour change around what you’re putting into your body.”

Clarkson says that not having to learn and experience what healthy leaving and diet looks like, people end up gaining weight again once they stop fasting. “If it means you are feeling starved and restricted then the next day you might over-eat.”

Seeking weight loss? intermittent fasting might not be the right approach for people but there might be other reasons such as “health” to change your eating patterns. Fasting is linked to a process called autophagy.

Autophagy is attracting a lot of curiosity for its potential health benefits. It is the process when the body starts to reprocess the structures inside its cells, the nucleus where the DNA is stored is recycled, the mitochondria, which combines the chemical our cells use for energy, and lysosomes, that helps with the removal of waste from our cells. While this is done, the cell can remove unused and non-functioning structures. This then frees up new raw materials making it possible for new cellular structures to be built. Some of the new raw materials might be then be used to make cell-protective proteins, therefore extending the lifespan of cells.

There is an argument on whether autophagy can facilitate the increase of the lifespan of whole organisms. Though so far this has only been duplicated in animals, like 1mm-long nematode worms and mice and not humans. Until there is an extensive study of human intermittent fasters, it is too early to be precise on how it will extend the longevity of man.

However, animal studies have connected autophagy to upgrade immune system memory. The prospects of autophagy lay bare how fundamental it is in the maintenance of cell health also giving rise to inquiry on its part to suppress cancer. Asides from increasing lifespan there are more reasons to explore the possibilities of autophagy.

Generally, the process of autophagy happens while one is asleep, and when you starve yourself, and when you exercise. So with controlled eating, the sole motivation of intermittent fasting is to lengthen the time between the last meal of one day and the first next meal. The plus side is seen in that way is that with this style of fasting one can eat the same amount of calories as they normally do. But  Clarkson says in practices that it is not always the case since people slightly reduce their intake because there is that tendency to get fuller faster. This helps autophagy to start.

This could help to promote autophagy, but to understand how we should look at what happens to us after we eat.

Could controlled fasting help to trigger it?

“When you stop eating at 19:00 you will still be in the ‘fed state’ until 22:00 because you will still be digesting nutrients,” says Clarkson. “Any carbohydrates in your diet will give you a nice supply of glucose, our premium source of fuel, for a few hours.”

The fed state is when your body uses glucose in your blood as its source of energy. Once this energy source is used up, the body switches into a catabolic state – usually around three hours after eating. In this phase, glycogen stored in the liver and muscles is broken down into glucose. When we have depleted the glycogen stores, the body switches from glucose to ketones, which are made in the liver from fatty acids. It’s at this point, a stage called ketosis, that autophagy is triggered.

“We don’t know exactly when we shift from glucose to ketones,” says Clarkson. “It depends on so many things; genetics, health, lifestyle. How much glycogen you have will be based on how much you have eaten and how much energy you have burned.”

Someone who has a high-carb diet might never move beyond the catabolic state as they will always have a reserve supply of glycogen. However, someone with a low-carb diet and who regularly exercises might move through it very quickly I would move away from intermittent fasting for fat loss, and if you want to adopt it think about the health benefits,” says Clarkson.

How  to Engage in Intermittent fasting

“To fast you have to downregulate the feeling of hunger,” says Clarkson. Hunger is felt when ghrelin, a hormone released from our stomach, triggers the production of two other hormones, called NPY and AgRP, in the hypothalamus.

While these three hormones generate feelings of hunger, there is a multitude more that suppresses it. Sometimes called the “satiety hormones”, one of the key ones is leptin which is released from fat cells to suppress the production of ghrelin – telling the body “there is fat here that you can burn”.

What Ghrelin does is that it is released in an empty stomach with less pressure on the stomach walls at that time. To override this stage drinking water will do while Leptin works in a long term.

“Our hunger hormones are regulated by many things, genetics being one of them,” says Clarkson. “But thinking about the nerves that are attached to our stomach and digestive tract – if your stomach is not distended your body will think it is hungry.”  Adding that to stay hydrated helps to get accustomed to the early feelings of hunger until your body has adjusted. “The first couple of weeks will be tough, but you get used to it.”

“But the majority of people are sitting down and opening a packet of something else after dinner,” says Clarkson. “Snacking or sugary drinks and beer extend the fed state for three hours. If you finish snacking at 21:30-22:00, the fed state is being taken to 01:00-03:00,” she says. This might mean ketosis never occurs before you next have a meal.

“If you can make the informed decision of eating the evening meal an hour earlier and not snacking, you may be getting into that ketosis state by morning, versus someone who is having the high-carb evening meal and snacking, waking up at 06:00 and never getting into that state,” she says. Clarkson suggests starting by eating earlier on a Sunday evening, or having breakfast an hour later and starting from there, building up from one or two days each week.

The belief is that intermittent fasting can trigger the body into the repair and recovery stage. That said this style of fasting cannot replace the journey of weight loss nor can it fit a balanced diet. Subsequently, if a failure from intermittent fasting occurs on your part, do go for easier diet plans and a healthy way of life.