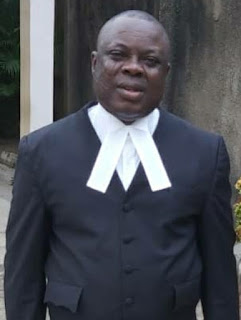 Birthdays are very important in the life of man and woman. Its that very day an individual, each individual came to this world, joined with and was counted among the living. The journey, no matter how pleasant or thorny it might have been, has been sustained by grace. Many of our peers did not live beyond infancy. Some bid the world farewell in our schooling days. Yet, another set died at a time we were settling down to responsible livelihood. In the midst of all these, somehow grace has saw us through and here we are today celebrating another birthday. Definitely, we have every cause to thank God for seeing us through the journey thus far. 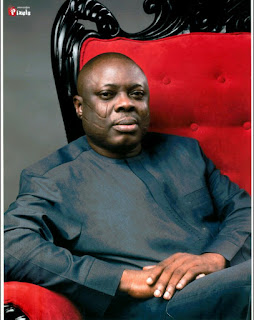 As Barrister Adeniyi Farinto marked his birthday yesterday, i have to join him in the celebration, though belated so. What is my motive or what is the driving force behind this mission? His life, which i am privy to most of, is a lesson to all those young men and women out there. The message in his life is that anybody can make it no matter his background, so long there is life. Life has many colours. We see these colours and decide the one we choose among them. But we need to bear it in mind that our choices determine the height we attain eventually.

Our paths crossed at the now defunct Federal School of Arts and Science, Ondo (FSASON) in the mid 1980s, as Lower Six students. In the course of discussion, we realised that we were resident in Akure. He was living with his Uncle, who had been retired from the Nigeria Police Force. He was a beautiful man with features of a model. He was dark in complexion, of average height and frame of a footballer. His tribal marks added to his good looks. His wife had a food canteen beside the Sports Stadium. Friendship among boys is sweeter than honey.

He had left his high paying job (as at then) at Daily Need, a popular toothpaste company to further his education. Niyi was the boy tasked with collecting money from the bank. He devised an ingenuine method, which helped him to avoid thieves and armed robbers attack. By virtue of his honesty, he became the proprietor, Chief Matthew Jolayemi's boy. Because of his thirst for knowledge and better future prospect, the young man abandoned the job to further his education.

Farinto, as he was popularly called, stood out among the rest of us then. You could not call him a tall man at around 5.6 height. His witty and sharp, hearty and infectious laughter was known to all. Also, the tribal marks all over his face was unmistakably. Those were not his real value. His forte was in his committment to his studies. He remains the only friend i have ever had, who was reading from evening to early hours of the next day without interruption. I could not understand the reason for this habit. One day i drew aside and asked, "what do you want by reading for 5, 6 or more hours non-stop. Do you want to kill yourself? as we used to say.

He responded, "Edobor, i am offering Government for the first time and i find it cumbersome. So i need to read it very well to understand."

At the end of Upper Six, he made eleven points, thus qualifying to read Law at the prestigious, UNILAG, where everybody knew him for his long hours of studying.

After his Call To Bar, he joined the Chief Afe Babalola Chambers in Ibadan. As fate would have it, the proprietor of ABUAD saddled him with the responsibility of settling a land dispute between the wives of a well-to-do man, based in Lagos. He executed the job quite well and earned the respect of the multi-decorated Chief and the family. Law practice opened his eyes to ways to make money and make ones life better. He did not fail to seize the opportunities in the profession.

By 1999, Barrister Adeniyi Farinto was rich enough to join politics. He has been the Caretaker June -December, 2007 and elected Chairman of his Local Government Area, Iwajowa, December 2007 - 2010, a member of the Oyo State House of Assembly 2011-2015 and a Commissioner for Economic Planning in Oyo State from 2019- 2021.

With the way life has turned out for him, it would be unwise not to celebrate his birthday. His peregrination has been eventful and rewarding. He would have been an ingrate not to thank his God and fortune. Many desire, plan and work towards attaining goals and success, only to be thwarted somewhere along the line by death, vicissitudes of life or destiny.

Surely, the wise words of King David, which says, teach us to number our days, that we may apply our hearts unto wisdom suffices here for Barrister Adeniyi Farinto.