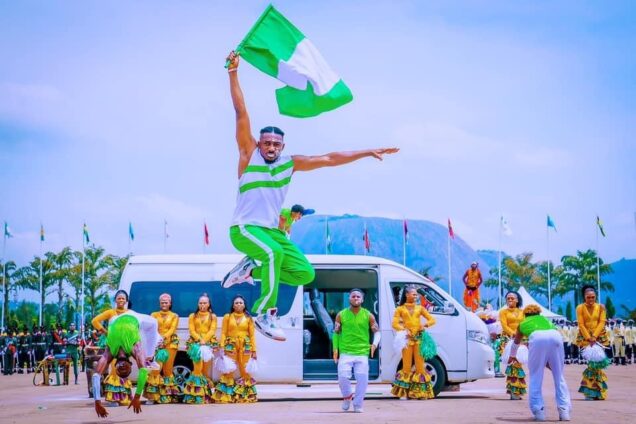 Nigerians in flag waving in Abuja

In the latest World Happiness Report, Nigeria has been ranked 114th among 146 nations surveyed, with Nordic nations dominating the top 10.

Mauritius at 49 in the world is the happiest nation in Africa.

The scoring is based on factors such as healthy life expectancy, GDP per capita, social support in times of trouble, low corruption and high social trust, generosity in a community where people look after each other and freedom to make key life decisions.

For the fifth year in a row, Finland is the world’s happiest country, based largely on life evaluations from the Gallup World Poll.

The Nordic country and its neighbours Denmark, Norway, Sweden and Iceland all score very well

Denmark comes in at No. 2 in this year’s rankings, followed by Iceland at No. 3. Sweden and Norway are seventh and eighth, respectively.

Switzerland, the Netherlands and Luxembourg take places 4 through 6, with Israel coming in at No. 9 and New Zealand rounding out the top 10.