ARTICLE: POSTSCRIPT ON THE DIMUNITIVE SOLA ILESANMI, WHO BECAME A TRUE GIANT.

POSTSCRIPT ON THE DIMUNITIVE SOLA ILESANMI, WHO BECAME A TRUE GIANT.

I have to take a compulsory pause, a break from the projects i was almost through with. Secondly, i have to set aside my decision not to write about people who peg out. But then events always shape our thoughts and by extension, our actions. People have been asking me, do you know Sola Ilesanmi? Thirdly, some of the stories i heard about his nature set my fertile imagination to work, thereby making it impossible not to put a word or two on paper. Sola Ilesanmi was not just another reporter; he was a rare breed, a jolly good fellow, a thoroughbred professional, who excelled by all standards. 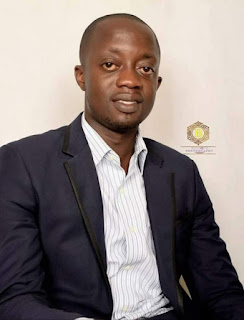 Sola joined Orange FM in 2012 at a time morale was not that high at the television arm OSRC, where he had been a freelancer for three years. They  told us that Orange would not have anything to do with the television, from where a chunk of the staff  who had been freelancing for years, were employed. Hitherto politicians and their co-traveller professionals, as usual, had descended on the station, redeploying the best hands particularly in the newsroom. It was depleted, badly at that. These gale of deployments had dampened enthusiasm and zeal of the workers to put in their best. This was the situation when Sola got on board. Burning with desire, he was prepared to give it what it required to get on board even without renumeration. Those in the newsroom saw in him, a jewel that needed polishing. And trust OSRC, the newsroom turned him into a very good product. With the the training coupled with his restless spirit and nose for news, he unfurled his abilities to the world. He was reporting events, press briefings, interviewing guests and casting  news with all the seriousness he could muster.

A few years after as usual, government changed its policy on the station merging it with the OSRC. This was where the dimunitive Owo-born journalist blossomed as he found his range, an avenue to showcase his talent.  The young man did not require prompting to go after or sought newsworthy stories. Innovative, clear- headed and with polished style, his presentation was generating love and admiration from politicians, senior colleagues, friends and most importantly, the viewers. Journalism had found, seized and made him its apostle. The profession is a calling. Those called find joy, pleasure and life in practising it. Sola Ilesanmi belonged to the few chosen ones.

As his profile grew, he brought up a few younger ones, who understudied him. The young man was able to keep himself from becoming intimate with any of the girls learning from him. That was the height of self control and discipline. Men of destiny have no time for frivolties and distractions.  Sola was too preoccupied with the single ness of purpose. His spartan discipline was also demonstrated in the area of money. His friends said he would keep money sent to others for months till they meet. Some even credit him with providing avenues to improve, make money and get job opportunities. About two or three years ago, the adventure in the 36 year old pushed him to explore new options as he left OSRC for the popular British Broadscasting Corporation (BBC). Awards were given to him in torrents.

He was up to the task of getting news, real news occurrences, not in English for which he was known but Yoruba.

"where did you learn presentation in Yoruba?

Sola: Boss, i had to do it by upgrading myself. Afterall, i am Yoruba by birth."

As usual of hardworking journalists, Sola was making people happy with his output.

As he was delighting them by burying himself in his chosen profession, he was suppressing a personal woe in his system.

After considering the lifestyle of this young departed guy, i realise that his destiny was shaped by forces he did not know. Sola used his work ethic to veil and suppress his personal burden. Work, if and when well attuned to, takes the mind off every trouble one might be encountering. Journalism, particularly, is a tedious and time consuming job. Go for a report, think of how to craft your story before writing. You can be rest assured that the mind of a reporter, is occupied with how to get a good story and make a good copy of it. At such times  every other thing including personal biting issues are relegated to the background.

When you discussed with him, you will realise he was always in a hurry to put his view, argument and conviction across. His staccato, short, sonorous voice was that of a man in a haste. He was doing everything as soon as possible. Perhaps, perhaps, he unconsciously knew he had to do everything quickly as he was racing against time:  become a journalist, make your mark, get a family, buy yourself a good car, entrench yourself in peoples heart by making them love him. Then, leave them without warning. His likes always leave us too early, after having warm themselves in our hearts. Their departure is always poignant.

The evil within him, which he defied and suppressed with commitment to work, continued to ravage him. By the time the ravaging got to its peak, Sola's spirit was high still but his body had been decimated so much that it could no longer cope. Those of us who were not knowledgeable about medicine knew something was amiss. I once asked him, saying, Sola, what is happening to you, you are lean and colourless. He smiled; it was rueful, and he replied, boss, its my workload that is taking its toll on me. He knew it was more than workload. Yet, the tests conducted could not ascertain the nature of his ailment. And eventually, Sola Ilesanmi's lively and ebullient life was truncated midway to the chagrin of those who knew him personally, used to hear him on Radio or saw him on telly.

And death hacked Sola Ilesanmi down, took him away, from his young wife and kids, friends and viewers thereby leaving the journalism profession short of one of its brightest stars. Igi toba to, kiipe nigbo.

He had to go. I am persuaded to agree with my thoughts that Sola had finished his race here. It was short, very short indeed yet  adventurous, eventful and full of accomplishment.

Once again, all of us are left to gnash our teeth at the loss of a young professional, who delighted us with his craft and commitment to excellence. Sola was precious to all of us, maybe, maybe he was too precious for this climes. Hence, he was yanked off to where he would be better appreciated.

Sola demise is our and journalism's loss but heavens gain.

Sleep on, the dimunitive giant by all standards, an oak that fell suddenly and left us shocked-shocked.

We cannot forget Sola Ilesanmi, not in hurry.