January 10, 2017
Donald Trump has appointed his son-in-law, Jared Kushner , as a senior White House adviser, it was announced tonight.
Kushner, who is married to Trump's daughter Ivanka , will work on trade deals and the Middle East in a rare case of a close presidential family member taking on a major job. 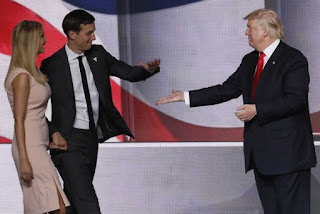 The 35-year-old will take the job after receiving legal counsel that he would not be violating a US anti-nepotism law based on court rulings that the statute does not apply to the White House.
The position does not require US Senate confirmation.
Ivanka Trump, who like her husband has been a trusted adviser to the president-elect, will not take on a role in her father's White House but will focus instead on settling her family in Washington.