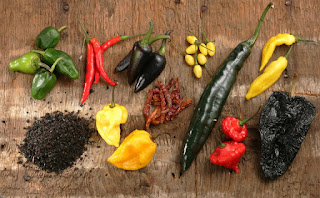 A new analysis, in PLoS One, corroborates findings from an earlier study of spicy food that was conducted in China and published in 2015.
The new report used data on 16,179 American men and women participating in a larger public health study.
There were 4,946 deaths over the 23 years of the study. After controlling for age, sex, smoking, blood pressure, cholesterol, diabetes and other health, diet and behavioral characteristics, they found that those who reported eating hot peppers had a 13 percent reduced risk for dying early.
The authors had no information about the quantities of peppers people ate. The study is observational, and therefore no causal connection can be proven.
Still, they write, capsaicin, the substance that gives peppers their punch, has anti-inflammatory and antimicrobial properties that may be linked to disease prevention.
Should you eat more hot peppers?
“The evidence isn’t strong enough to make me change my diet,” said a co-author of the study, Benjamin Littenberg, a professor of medicine at the University of Vermont. “Don’t smoke, limit calories, don’t drink to excess, get a flu shot every year — those are things we have very convincing evidence will help you live longer. I don’t know how much chili pepper to tell you to eat.”