January 23, 2017
Sen. Joel Ikenya, the immediate past Minister of Labour and Productivity, has announced his defection from the Peoples Democratic Party (PDP) to the ruling All Progressives Congress (APC).
Ikenya hails from Taraba and served in the administration of former President Goodluck Jonathan.
He told newsmen on Monday in Jalingo that his defection was informed by the numerous achievements of President Muhammadu Buhari- led administration.
He urged Nigerians especially those from the North-East, to key into the policies and programmes of the President for the socio-economic development of the country. 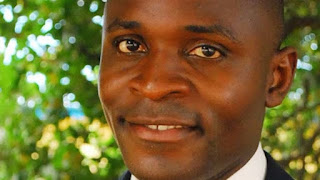 “My reasons for decamping from the PDP to pitched tent with the ruling party are based on the many achievements the president have recorded within his first one year in office.
“The success he achieved in restoring peace to the troublesome North-East zone alone is something we cannot shy away from no matter our political party differences.
“Buhari’s fight against corrupt practices is also one of the major factors that motivated me to dump my former political party to the ruling APC,” Ikenya said.
The former minister pledged the `unflinching support’ of his and his supporters to the President to enable him (Buhari) lead the nation to greater heights.
“My supporters and I will support Mr President because a close look at his appointments will show you that no region benefited from his appointments like the North-East.
“I want to use this platform to call on citizens from the northeast region to put aside sentiments and support the president in reciprocity for all the good things he has done for us,” he said.