January 11, 2017
Swansea City have appointed former Chelsea and France midfielder Claude Makelele as an assistant coach to new head coach Paul Clement.
Makelele has initially signed a deal to work with Clement, who he knows from his Chelsea and Paris Saint-Germain days, until the end of the season.
At Chelsea, Makelele was a player while Clement was a coach and the pair reunited on the coaching staff at PSG.
The 43-year-old managed Bastia, who sacked him after less than six months in charge, before being appointed as technical director at Monaco, which also lasted six months.


Makelele is the third coaching appointment Clement has made and he will work alongside new recruits Nigel Gibbs and Karl Halabi, as well as existing goalkeeping coach Tony Roberts.
Rated as one of the best holding midfielders of his generation, his position was and still is referred to as the ‘Makelele role’.


He spent five years at Chelsea, winning two Premier League titles and the FA Cup. Before his stint at Stamford Bridge, Makelele had played for three years at Real Madrid and finished his playing career at PSG having made 71 appearances for France and playing in the 2006 World Cup final which Italy won on penalties.
Makelele will be on the Swansea bench for the first time in the Premier League game against Arsenal on Saturday and will return to Chelsea with his new club on February 25.
Swansea are second-bottom of the Premier League, but are only a point behind who lie just outside the relegation and who they beat in their last League outing. 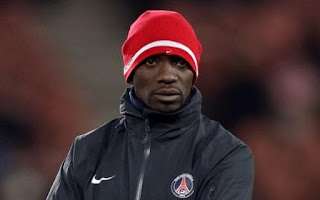